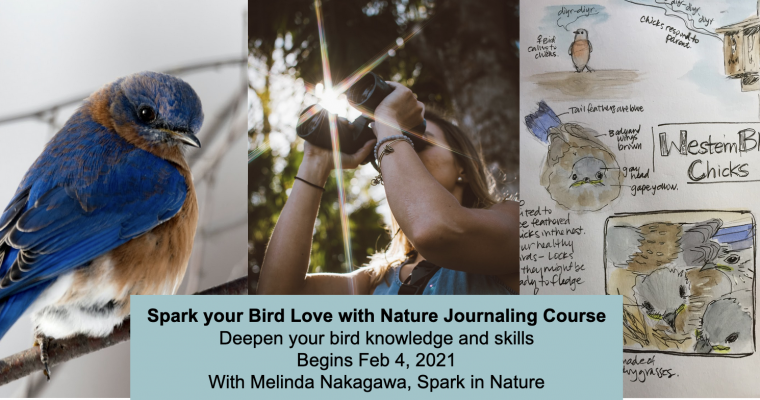 See this page for details

I’m so glad you’re interested in boosting your bird knowledge with the nature journal!

Fill out this form to be notified of the next course.

Spark your Bird Love with Nature Journaling (3of 6) 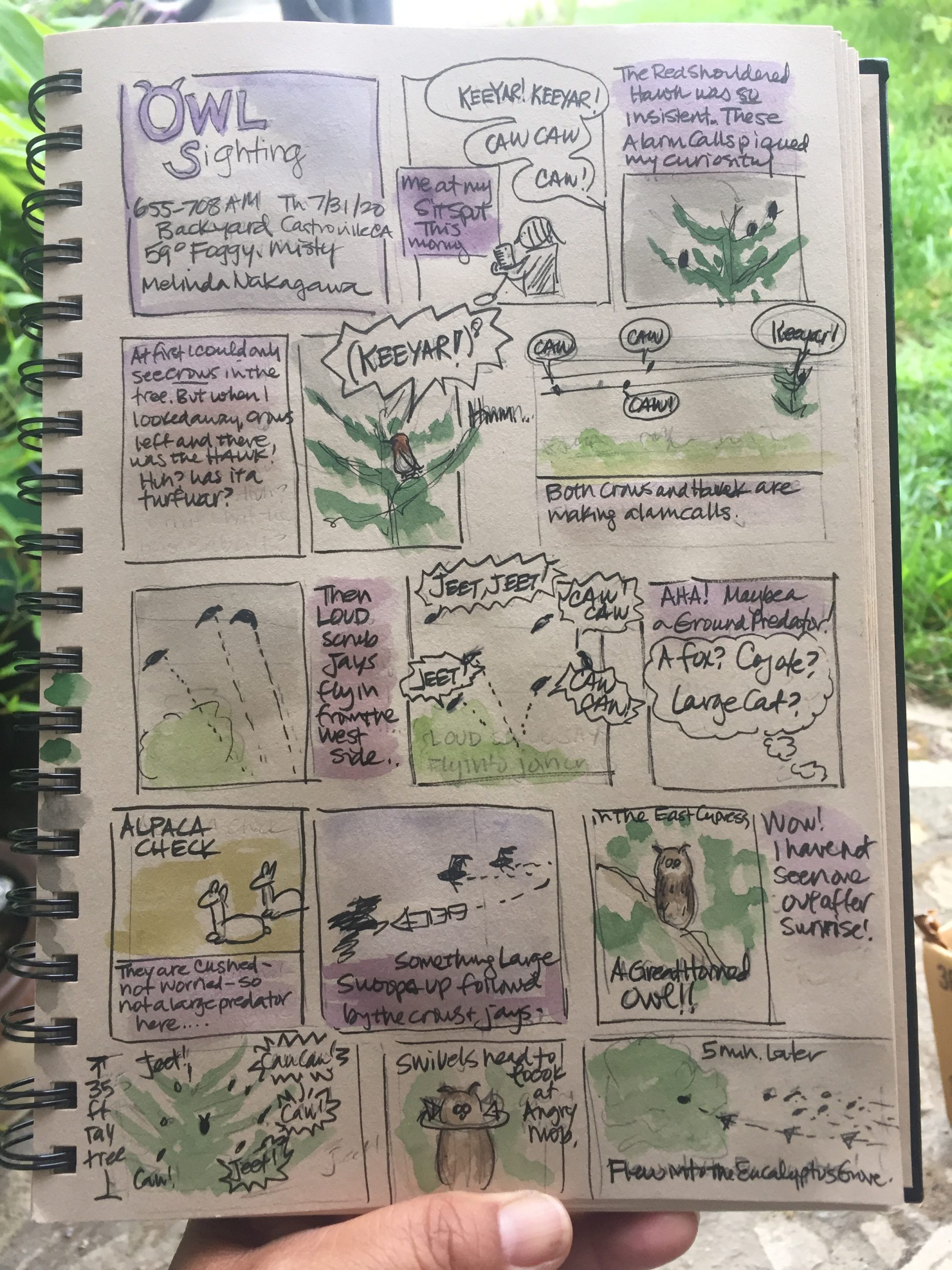 (the murder of crows, that is)

I’ve been trying to solve this mystery for the past few months.

In the mornings during my sit spot, I sit in my yard and listen for birds and observe what’s going on around me. Several times, the peacefulness of the morning was interrupted by loud calling of crows around 7 am.

Several times a group of 4-5 or more crows began caw-ing wildly–an alarm call that signals the possible danger from a predator. They flew over my head, then eastward over to the eucalyptus grove in a neighboring property.

“Caw-caw! Caw-caw!” The crows scattered among the branches high in the canopy. This is a sign of some predator lurking. Could it be a coyote or hawk? I couldn’t get a good enough view to tell.

Over the past couple of months, I noticed this cacophony of crow activity that continued for many minutes, up to 15 minutes. Then they suddenly, they stopped squawking and dispersed.

I’ve been trying for the past couple of months to discover who causes this commotion.

Now, on this day, a red-shouldered hawk caught my attention first with its insistent call, sort of like a scream: “KeeYAR, KeeYAR, KeeYAR!”

I quickly grabbed my binoculars and ran around to the back yard. After some searching (he was not in the usual spots) I spotted the hawk in a far cypress tree- the very one that a group of crows was sitting in earlier. While I was looking for the hawk, the crows had begun cawing again. They were now perched on the telephone line.

I wondered why they were still squawking at each other. Could they be having a turf war? Squabbling over the perching tree? “It’s MY tree” they might be saying.

Moments later, a loud, raspy “JEET!…JEET!……..JEET!…JEET!” of the California Scrub-jays broke the silence. They rushed low, right overhead, and made a beeline to the crows, joining them on the power lines.

Now the crows and jays are squawking in unison, while pointing their heads down, looking at the dirt driveway beneath them. It was behind some shrubs so yet again I couldn’t see.

Another clue: our alpacas are great spotters and will start to give a whinnying alarm call when they see “danger”. I checked on the three alpacas. They were calmly sitting down, and nonchalantly chewing their cud. Ok, so that means probably not a ground predator.

Then, who could it be?

With all the birds wildly calling, there was no way that a predator could sneak up unnoticed.

Suddenly, a dark image swooped upwards. With large outspread wings, it flapped and glided over to a nearby cypress tree. It perched in the center on an exposed branch, clearly in view. Through my binoculars, my eyes locked onto the gaze of two round, golden eyes of a nocturnal predator!

The crows and jays followed close behind. Landing on branches all over the tree surrounding the suspect they continued squawking loudly. Surrounding him, coming at him from all sides, lunging forward with jabs of nasty bird words. ‘JEET! JEET!” and “CAW, CAW!”

The suspect with feathery “horns” sat still on the branch, its body motionless while swiveling its head left and right and left again facing each of the marauding birds in turn. This Great Horned Owl must have been annoyed to be harrassed this way.

Back to the scene of the crime

After watching this scene play out for about five minutes, the owl lifted off and flew with outspread wings over to the eucalyptus trees 100 feet away. Yes, the same eucalyptus grove I told you about in the beginning! And BINGO! The owl was likely the one whos been causing such a ruckus with the crows this spring!

Finally, mystery solved––The Great Horned owl. So cool to see it out in daylight.

Are there any nature mysteries that you wonder about? Keep your senses open and be aware of all the clues nature is leaving for you to discover! 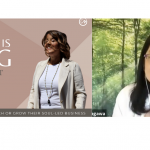 I was recently invited to be a speaker for an... 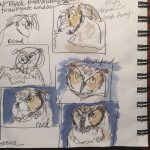 Have you even gotten stuck while sketching? Or has that... 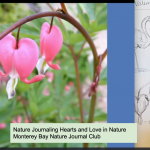 Happy Valentine's Day! It's that time of the year when... 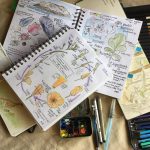 Do You: Enjoy nature but don't know what you're seeing?... 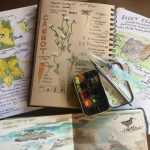 After Level 1 course, continue to expand and reinforce your...